Have you heard about Okomu National Park in Benin City?

The Okomu National Park is a pleasant forest where you experience the beauty of a rainforest full of huge forest trees, several species of plants and animals. Although the forest reserve continues to shrink due to encroachment, it still holds some endangered wildlife such as the rare white-throated monkey.

Okomu is, however, a thrill for many reasons. Despite its small enclosure, 118 sq kilometres, it has abundant flora and fauna resources with a very rich ecosystem that is very unique and distinct.

The vegetation is a typical Guinea–Congo lowland rainforest and is characterized by a mosaic of swamp-forest, high forest, secondary forest, and open scrubs.

The white-throated monkey which is one of the rarest monkeys in the world today is found at the park as well. Butterflies and birds are abundant making it one of the best places for bird watching in Nigeria.

The park has two tree houses, one 140 feet high in a silk-cotton tree, from which visitors can view the park from above and observe bird life. This is the most intriguing feature anyone is likely to see in the park.

The houses are vintage spots for visitors to relax and savour the beauty of nature that the park presents. Okomu National Park also known as ‘Pride of our National Heritage’ is tucked in the deep forest of Okomu in Ovia South-West local government area of Edo State also served as one of the tourist destinations for lovers of nature.

The park which had received some international tourists contains a viable population of white-throated monkey, one of Africa’s most threatened primates and one of the two monkeys endemic to Nigeria. It also contains a population of rare red capped mangabey.

2. The park holds a small fragment of the rich forest that once covered the region, and is the last habitat for many endangered species.

3. The park holds a remnant of the Nigerian lowland forests that once formed a continuous 50–100 km wide belt from the Niger River west to the Dahomey Gap in Benin.

5. The white-throated monkey which is one of the rarest monkeys in the world today is found at the park as well. Butterflies and birds are abundant making it one of the best places for bird watching in Nigeria.

6. Another distinctive feature of the park is the Okomu River that runs through it. In fact, it is from the river that the park derives its name. 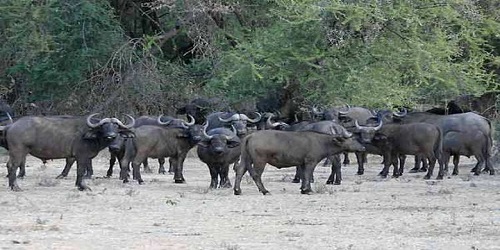 To the south and southeast, the forest was separated from the coast by mangrove and swamp forests, while to the north it merged into the Guinean Forest-Savanna Mosaic eco-region.

Okomu National Park is about 200 km² of wildlife sanctuary, a rainforest ecosystem that is the habitat for many endangered species of flora and fauna.

A biome is a community of plants and animals that have common characteristics for the environment they exist in. They can be found over a range of continents. Biomes are distinct biological communities that have formed in response to a shared physical climate.

The state government formally defined the sanctuary in 1986, with an area of just 66 km2 before the Nigerian Conservation Foundation (NCF) took over management of the sanctuary in 1987, and extended it to 114 km2 by adding a one-mile-wide buffer zone. The sanctuary was later taken over by the National Parks Service in 1999.

Do the names UDO and Arakuan sound familiar to you? Well, we won’t be surprised if it doesn’t. Udo and Arakhuan are the villages within the location of Okomu National Park where visitors can learn and feel life in the rural communities. The villages provide visitors with an insight into authentic African village life; meeting the locals and share their historical values.

Access to the park, which is in Arakhuan village, South West of Edo State, is quite easy by road. Coming from the western part of the country, you could approach through Okada village. From Okada junction, you make a detour to Udo village, and then Arakhuan village while from either the eastern or northern part of the country, you go through Benin city. From Benin City you make a detour to Siluko village.

Entertaining Things To Do At Okomu National Park:

The EdoAffair team hopes you learnt from this article. Don’t fail to let us know how you feel about this write-up. You may also want to share with your friends using the share buttons. Finally, comments on this article are highly appreciated.