You might have heard a lot about the Ekosodin Community. It may also be that you are doing research on the current state of Ekosodin Village. Better still, this may be your first time of seeing the word “Ekosodin”.  No matter the category you belong, this article will be helpful to you.

Now, if you are a student at the University of Benin who wish to stay close to school, there are accommodation options for you. They are:

The school hostel doesn’t accommodate many students. New and old students apply yearly without getting space. Some are not able to apply at all because you need to pay school fees before booking Uniben accommodation. If you are the type who doesn’t get school fees on time, then you would have to squat with someone in the school hostel or gather money and stay off-campus.

BDPA is opposite the University of Benin Main Gate. Nadia Bakery, Nadia Stop-2-Shop, Post Office and A very big Complex are the first buildings you will notice while standing at Uniben main gate. They are all located at BDPA.

The advantage of Ekosodin over BPDA and Osasogie is that houses (accommodation) are cheaper at Ekosodin. You can get a self contain apartment (room, kitchen, toilet and bathroom) for as low as fifty thousand naira per year (N50,000) at Ekosodin. BDPA Accommodation generally starts from N100,000.

Ekosodin community is in Ovia North East Local Government Area, Edo State. It shares boundary with Uniben Back gate. It is very close to the Faculty of Management Sciences. If you don’t wish to visit Ekosodin through the Campus, there is a junction that leads to Ekosodin opposite Filmhourse cinemas Benin City.

According to the odionwere of the village, the history of Ekosodin dates back to the 19th century when the land was given to its early settlers by Oba Obanosa who reigned in the Benin Kingdom in the 19th century.

Accommodation problem at the University of Benin (UNIBEN) has forced many students and some of the staff of the university to seek accommodation in Ekosodin since it shares a common boundary with the University. The Ekosodin community houses the majority of Uniben Students up till date.

According to the traditional head of the village, the early settlers of the village were mainly farmers and hunters. Crops such as Maize, Cocoyam, Yam and Cassava and Plantain were planted.

The land has fertile soil and light forest vegetation. Prior to the establishment of the university, the land use type was mainly agricultural, with few residential houses for the indigenes, but with the influx of the students, there has been a shift from agricultural land use to mainly residential and commercial land uses.

The traditional housing pattern of the village has also changed into modern types as a result of the presence of the students who do not want to live in a sub-standard house without good toilets and bathrooms. Many developers have made investments on hostels for students in the area.

With the establishment of the university, the major road leading to Ekosodin from the Lagos- Benin Express Road was constructed. This attracted the construction of many houses along this road. With time more areas were opened up as a result of the increase in the number of students who seek accommodation in the village.

Today there are hundreds of hostels in Ekosodin village. Students’ residence at Ekosodin village has brought amenities such as electricity and pipe-borne water to the village. However, 60% of the students complained of the irregular supply of these services.

The number of students has affected the environmental sanitation of the village since there is no adequate provision for waste disposal in the village. Fifty-five per cent of the students disposed of their waste in the bush, 28% by burning, while 12% through general public container which is not regularly disposed of by the relevant authority.

(1) Violence and crime by the students
(2) The high price of things in the village
(3) Influence of the indecent moral behaviour of some of the students on Ekosodin youths.
(4) Change of the peaceful atmosphere of the village.

PROBLEMS OF THE STUDENTS IN EKOSODIN

If you search Ekosodin on Google, the common results you will see are killings and Cultism. You will come across Tales of violence, and how students die like chicken in Ekosodin.

This further scares a lot of students from securing accommodation in Ekosodin Community. Many parents have refused their children from Seeking admission to the University of Benin (UNIBEN) because of Ekosodin wahala.

How is Ekosodin Now? Ekosodin used to be a notorious community known for cultism and killings. However, things have changed. The new Ekosodin is now as calm as any other community around the University of Benin, Ugbowo. It has been long that any bad news has been reported from Ekosodin.

You can now walk freely at Ekosodin both during the day and at night without getting hurt. Despite all these, many parents and People outside Benin are still not convinced that Ekosodin is now very safe. They still tell their children and loved ones to stay away from Ekosodin. Trust me, Ekosodin is nice now. Old things have passed away.

Recommended: The Oba Of Benin Palace: What You Need To Know 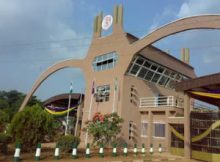 Postgraduate Studies are the natural next …