We have introduced you to the 18 local Government areas in Edo State. We also shared Edo Postal codes and Names. Right now, we the Edoaffairs team will unleash the different tribes in Edo State.

In Edo State, there are five major ethnic groups- Bini (Edo), Afemai, Esan, Owan and Akoko-Edo. However, Bini-speaking people occupy the most local governments in the state- seven out of 18 LGAs. There are also other minor ethnic communities that exist within the town such as Ijaw, Igbira, Itsekiri, etc.

2. ESAN/Ishan: For the immediate neighbor to the north are people living in around Irrua, Orhodua, Uromi, Ubiaja, Ewu, Ewatto, Igueben and the almighty Evbohimwin (Ewohimi))” the city by the big river ” or ” the city of Ikhimwin trees ” etc.

Ishan/Esan is the closest to “BINI” ie the dialect of those who live in and around Benin City. If you understand Bini, Ishan will be very easy for you. In fact, when the people of Benin sneezes, those in Ishan/Esan caches cold.

3. The Afemais: The Afemais are known as IVBIOSAKON by those living in and around Benin City to the north of Ishan/Esan clan.

The Afemai people, also spelled Afenmai are a group of people living in the northern part of Edo State south geopolitical zone of Nigeria.

6. Ekas: Ekas-to East of Benin. A sizeable chunk of the Edo speaking people flow across River Niger and ending at ONITSHA.

7. Isoko, Urhobo, Itsekiris and about 70% percent of western Izon (Ijaws) in Ndegeni and its environs

8. A sizeable chunk of the Edos is found in River States and Balyesa States e.g. Ogba land and Diobu, Port Harcourt.

9. A sizeable chunk has been ” Yorubanised in Ondo, Ekiti, Lagos and Ogun States. The descendants of Edo soldiers stationed in Akure are referred to today as ADO-AKURE.

10. The ILAJE community at OKITIPUPA and its environs.

11. The Edos who conquered and settled far way land like Dahomey, Togo and Ghana.

Facts About The Edo Tribes 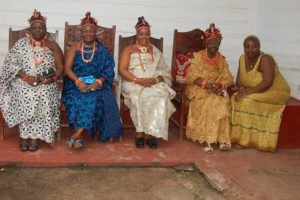 Edo state is the home of the Oba of Benin and has produced many prominent figures in Nigeria, dead or alive. However, there are many misconceptions about the state.

1. Boring: Many people outside Benin believe that the state is boring. Edo State is not boring at all; it is a place of enjoyment. If you have money, you will enjoy Edo State. There are many places of interest in Edo State.

2. Not safe: Many think that Edo state is riddled with cultists, witches, and kidnappers. Rumors like flying witches or all “Edo men are cultists” or all “Edo women are witches” are very commonly spread about the people of this great state. This is however very untrue.

3. Oba of Benin is the only king in Edo: Oba is not the only King in  Edo State. There are many local government areas in Edo state and almost all of them have kings. However, the Oba of Benin is usually seen as the royal father.

5. The people are very rugged: Not all Edo people are rugged. We have many calm persons in Edo State. They just do not like to be cheated and will not stand for it.

6. Edo is rough and Ancient: Edo state has changed from an ancient city to a modern city.

Hope you found this article helpful? Feel free to share with your friends and don’t fail to drop your comment. Feel free to tell others about EdoAffairs.com. 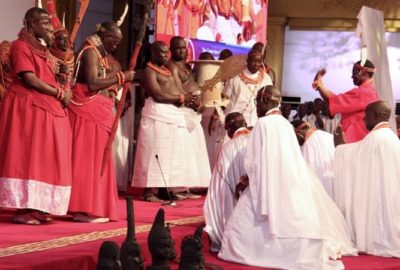 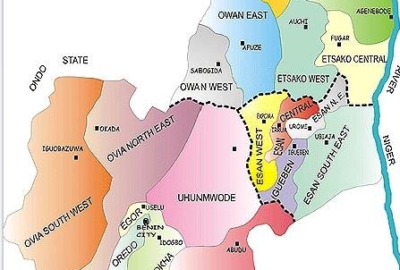